In 1963 a Vietnamese Buddhist monk named Lâm Van Tuc burned himself to death on a busy Saigon road in protest of the persecution of Buddhists by South Vietnam's Ngô Ðình Di?m administration. Malcolm Browne's photo and journalist David Halberstam's account of the event circulated the world, winning both of them a Pulitzer Prize. 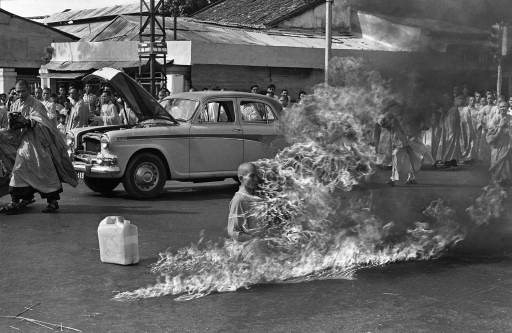 "I was to see that sight again, but once was enough. Flames were coming from a human being; his body was slowly withering and shriveling up, his head blackening and charring. In the air was the smell of burning human flesh; human beings burn surprisingly quickly. Behind me I could hear the sobbing of the Vietnamese who were now gathering. I was too shocked to cry, too confused to take notes or ask questions, too bewildered to even think... As he burned he never moved a muscle, never uttered a sound, his outward composure in sharp contrast to the wailing people around him."

If anything could make the image more horrific, it would be color. Redditor mygrapefruit recently posted a shockingly bright colorization of the iconic image. 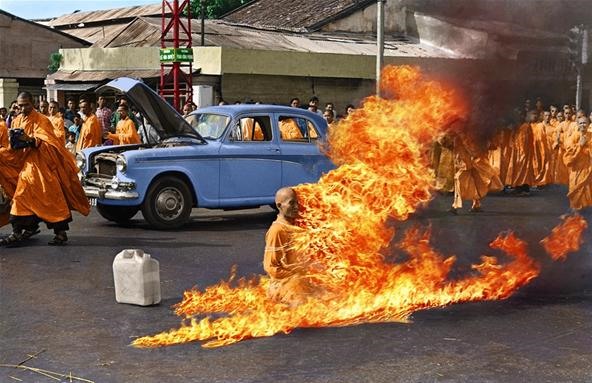 Read more of the stream.

Want to master Microsoft Excel and take your work-from-home job prospects to the next level? Jump-start your career with our Premium A-to-Z Microsoft Excel Training Bundle from the new Gadget Hacks Shop and get lifetime access to more than 40 hours of Basic to Advanced instruction on functions, formula, tools, and more.

Still an unforgettable image to this day..

Despite the tragic nature of the photo, it has and always will remain as my favorite photograph.

Imagine the will it would take to commit to something like that. Remaining silent, as you burn alive. Its absolutely amazing.

No way he did that with out flinching or screaming, impossible. Someone prove me wrong.

Monks train themselves to absolutely control mind, body, and soul. Harnessing 100% of all that is themselves.

Here is one of my favorite feats- https://www.youtube.com/watch?v=7LkhVeW7VV0

He can do that with just 2 fingers, after training the human mind, which has far more depth, resisting and ignoring pain is not all that far-fetched.

Plus there are legends of warriors and such who could fight relentlessly, even while heavily injured, ignoring pain. Mind over matter :)

Wow I get to see it in color.